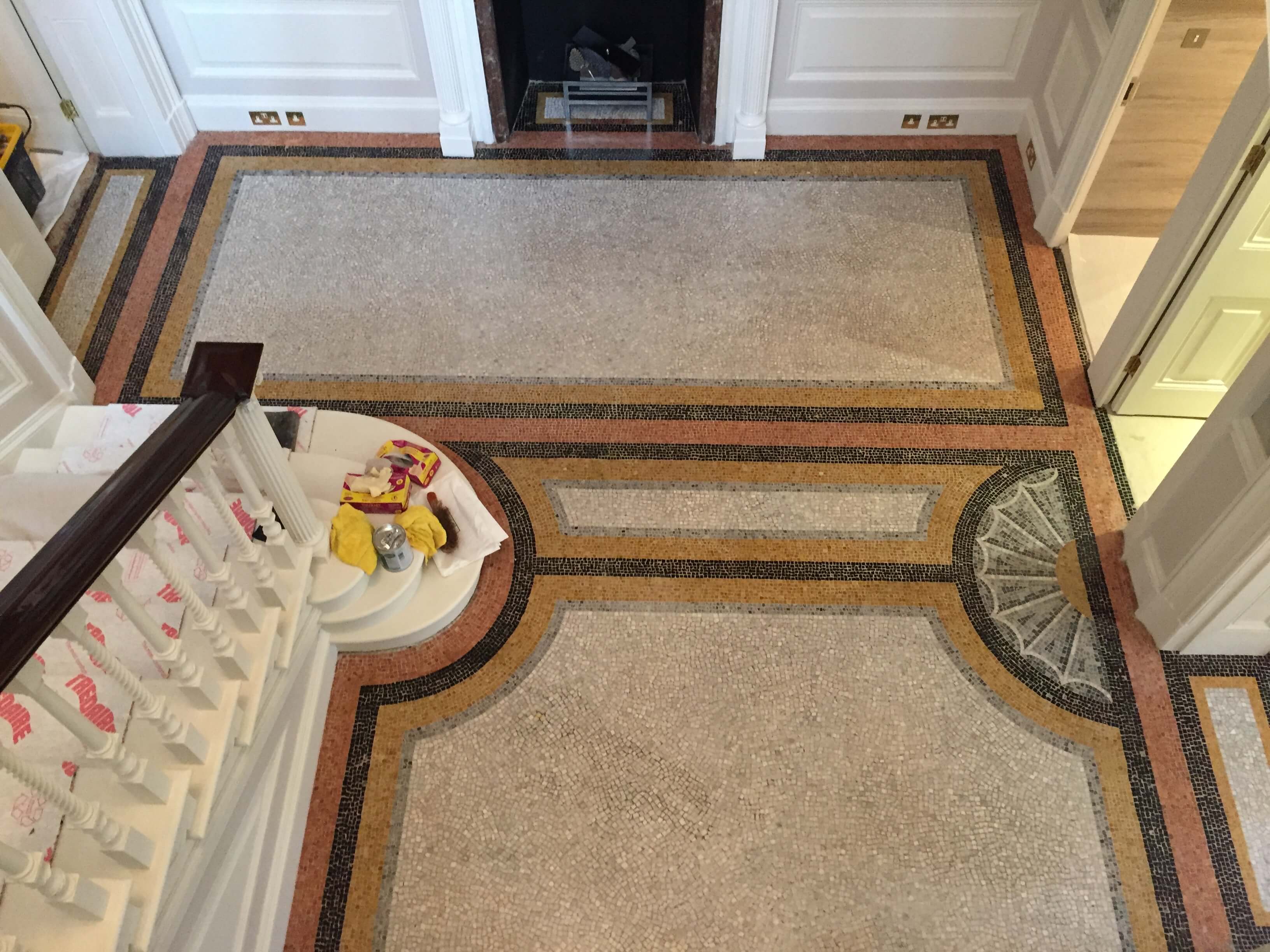 The conservation and reconstruction of a large private residence in Central London. During major building works on this ‘Listed’ building original marble mosaic was found under carpet and latex leveling compound. It was initially written off as being beyond repair, however following major reconstruction of numerous missing sections and making good of damage caused by carpet gripper, the floor was restored to its former glory. 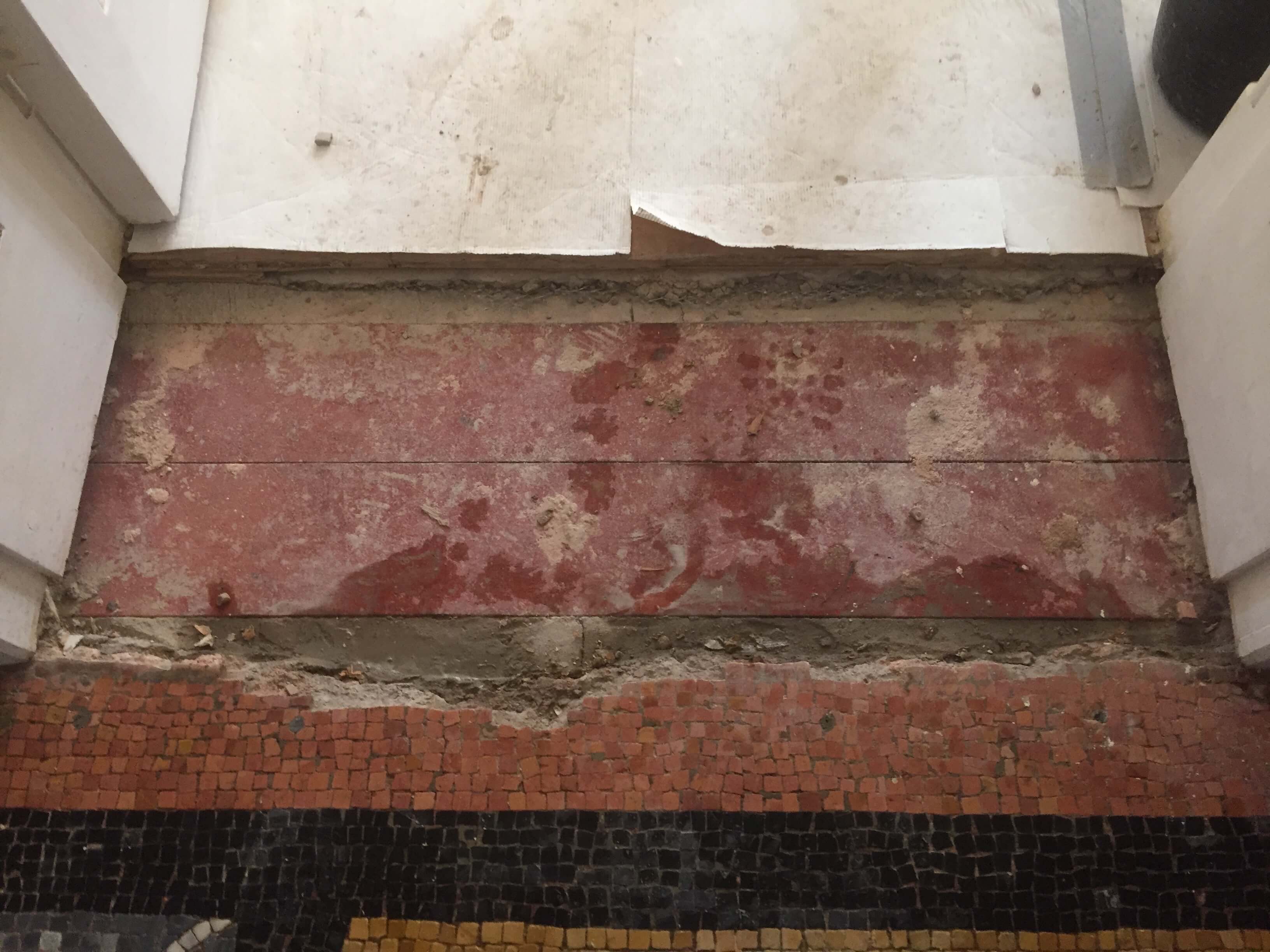 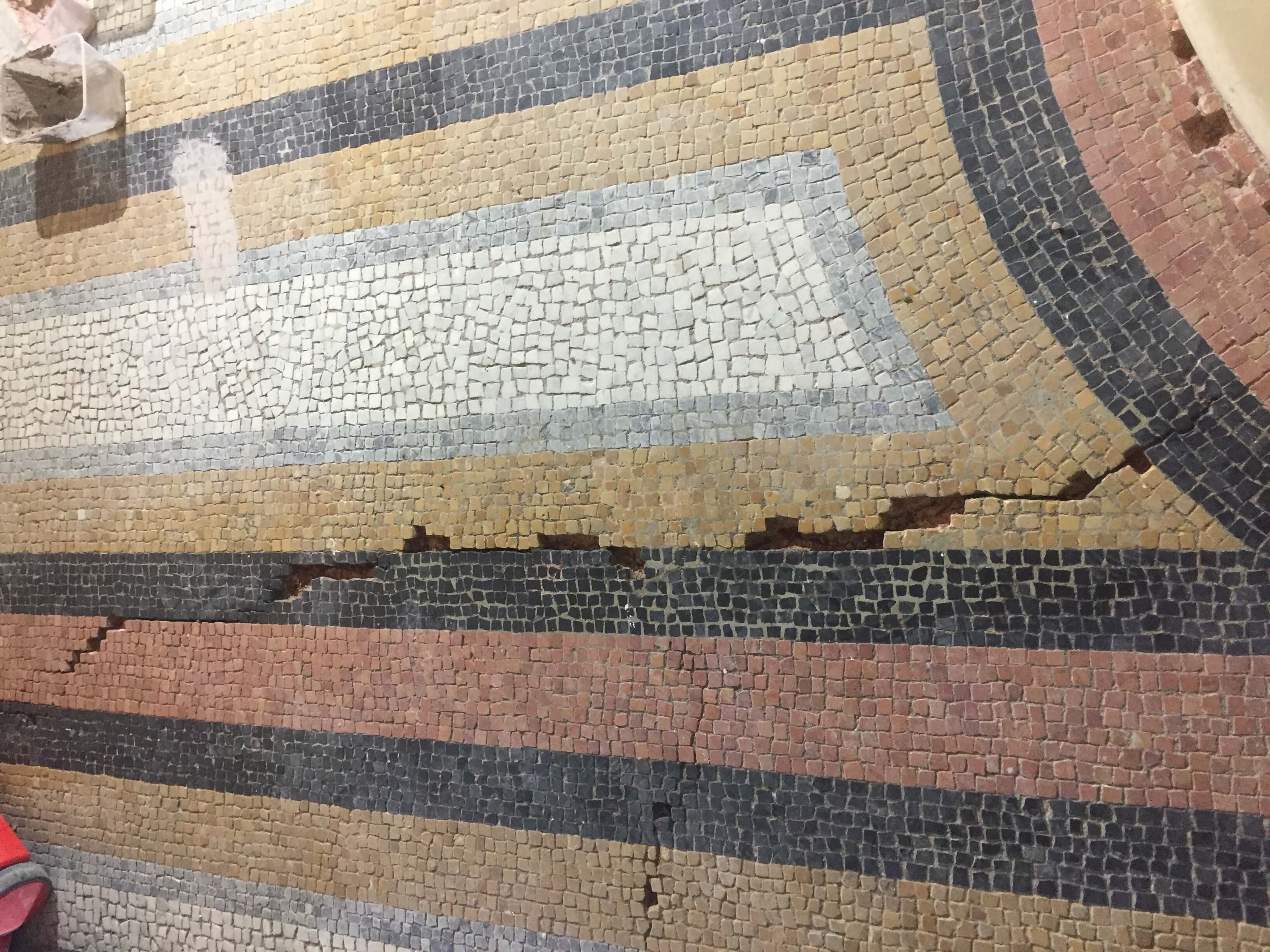 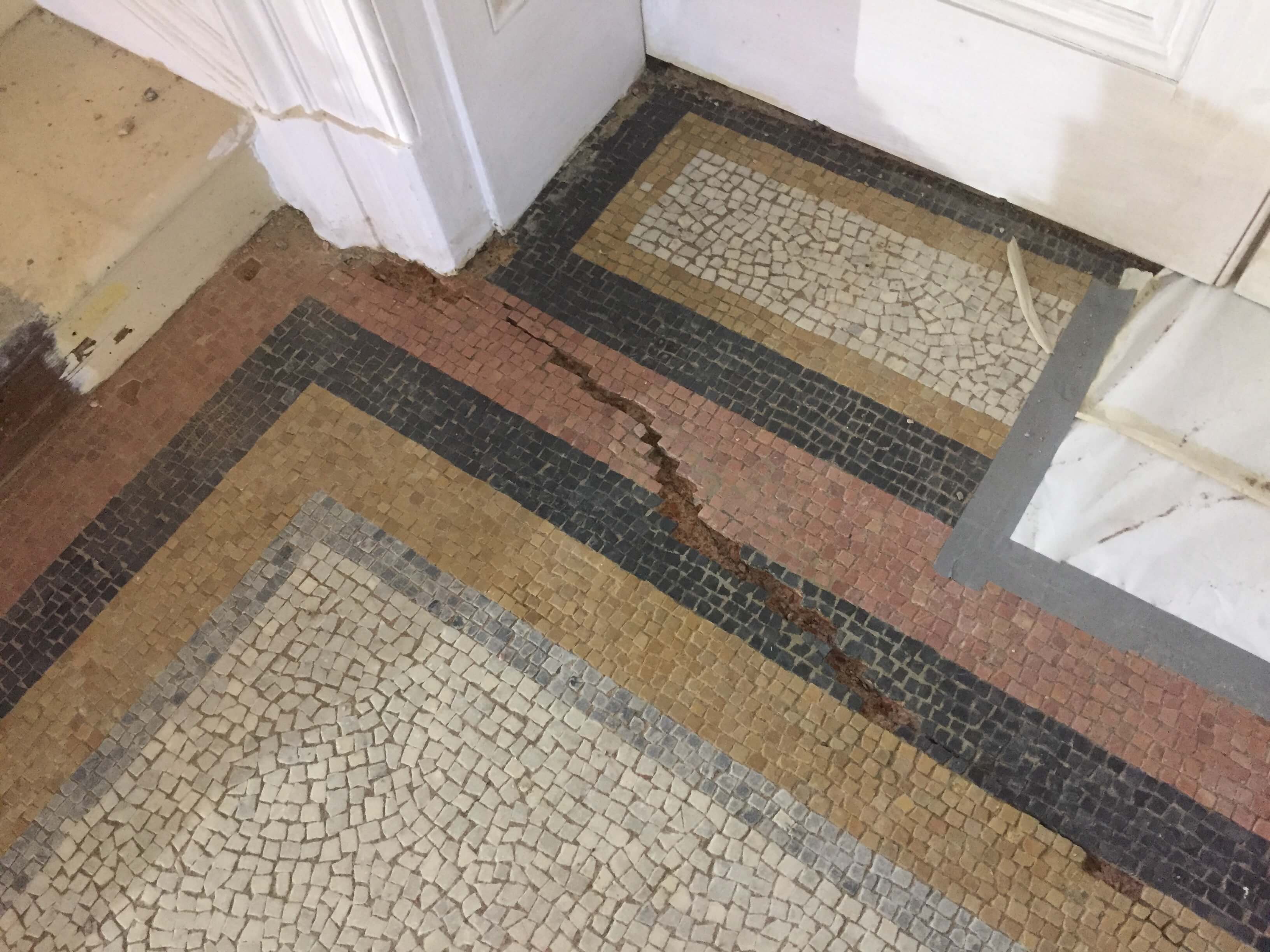 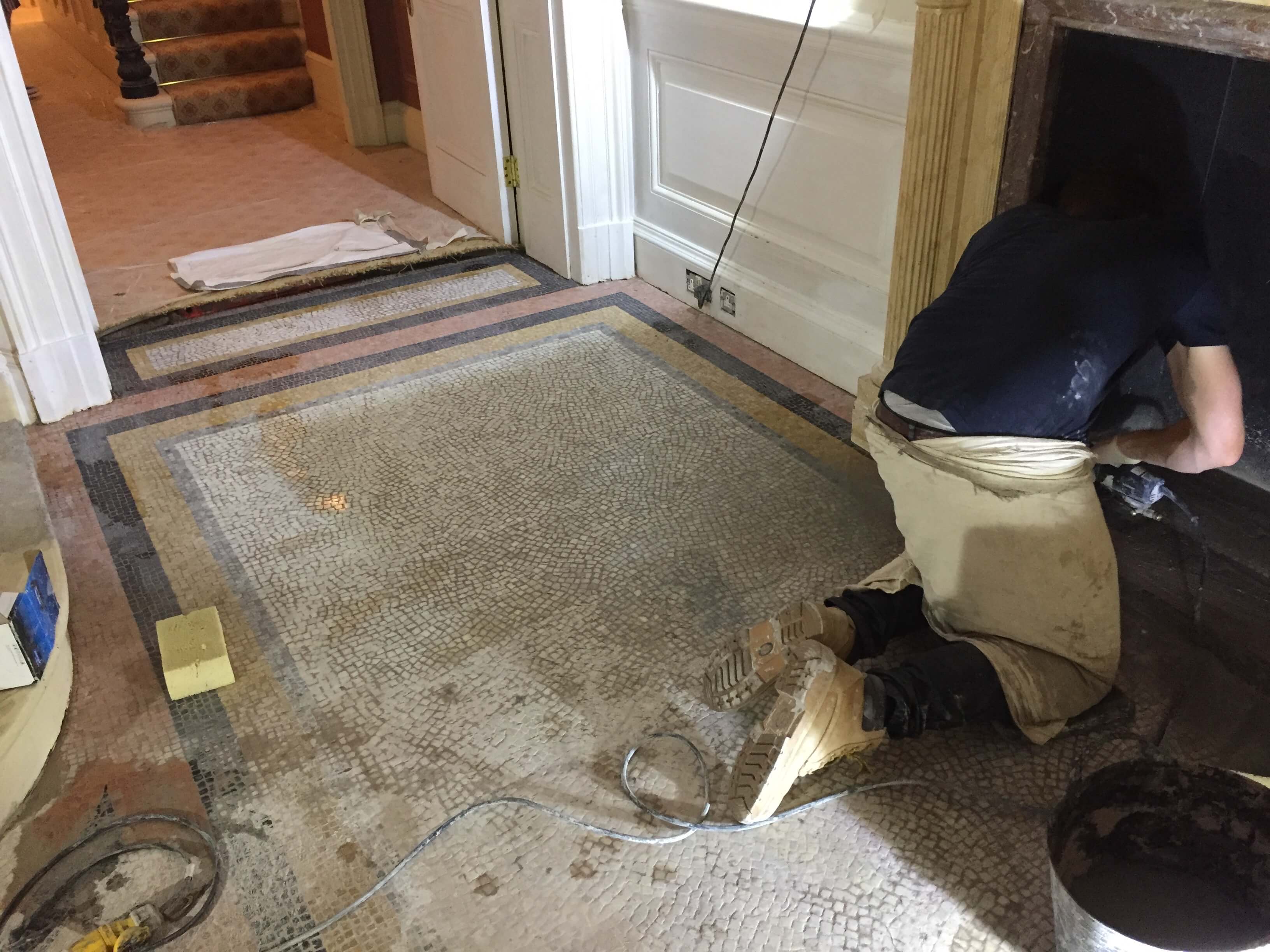 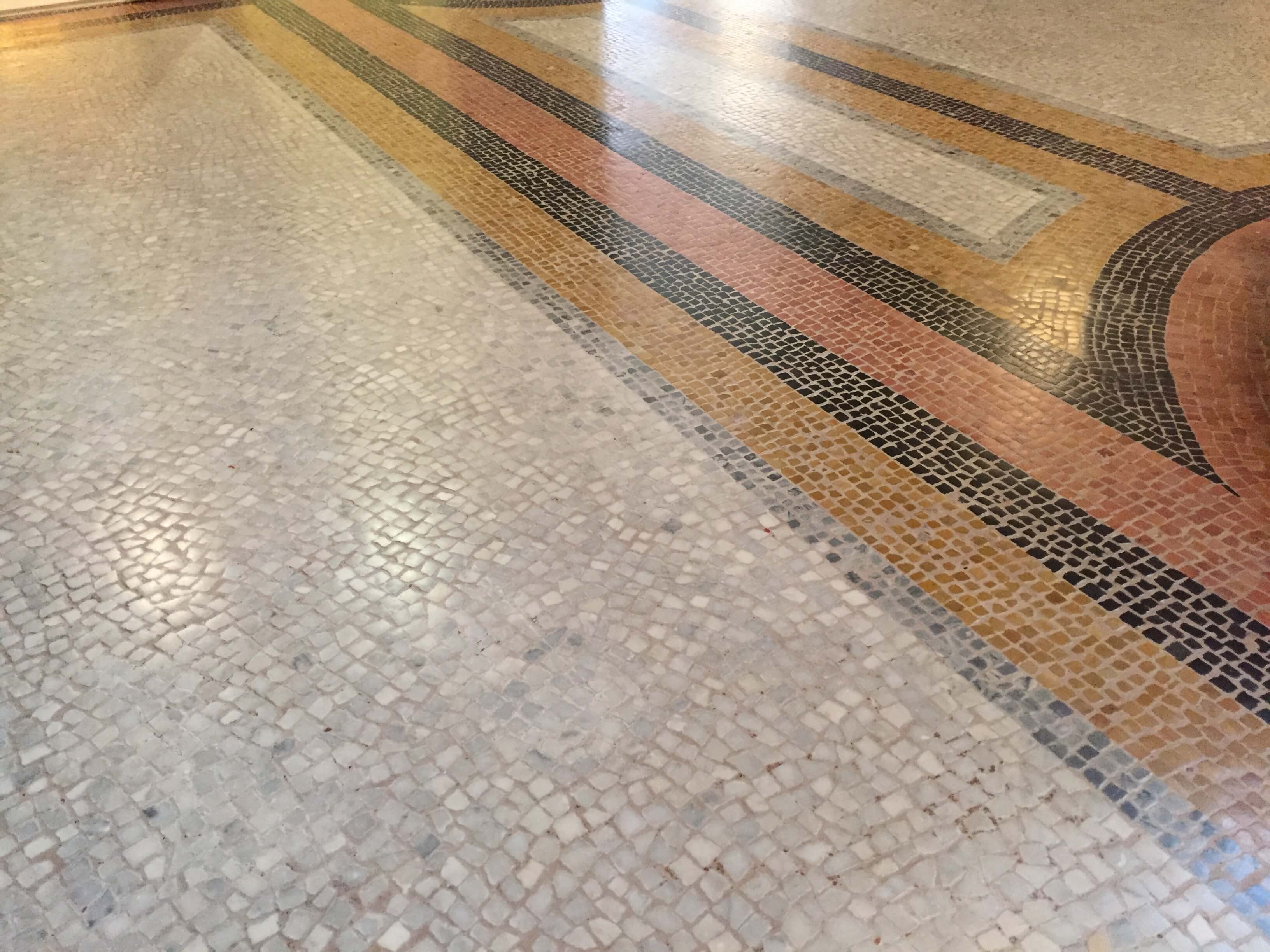 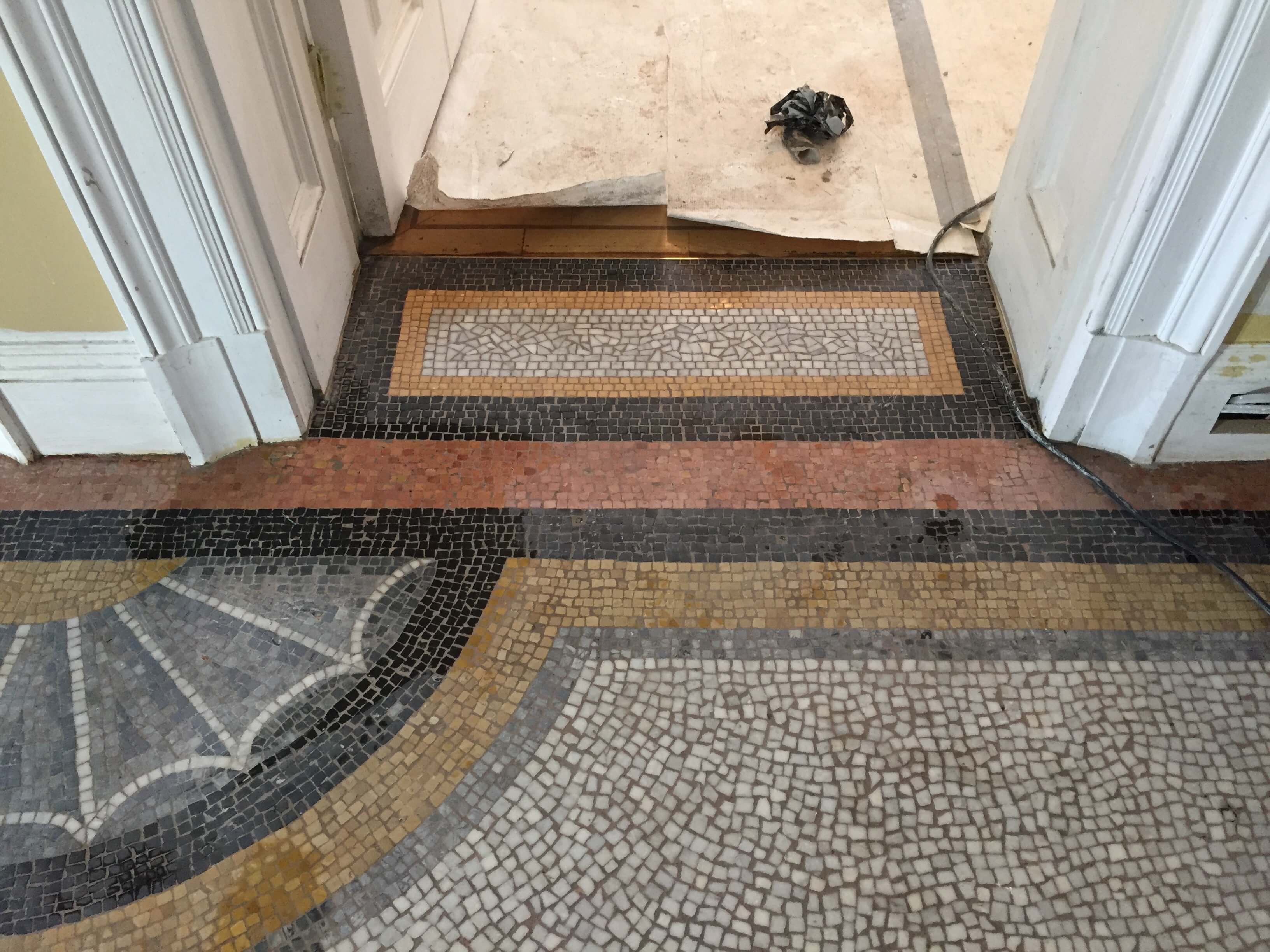 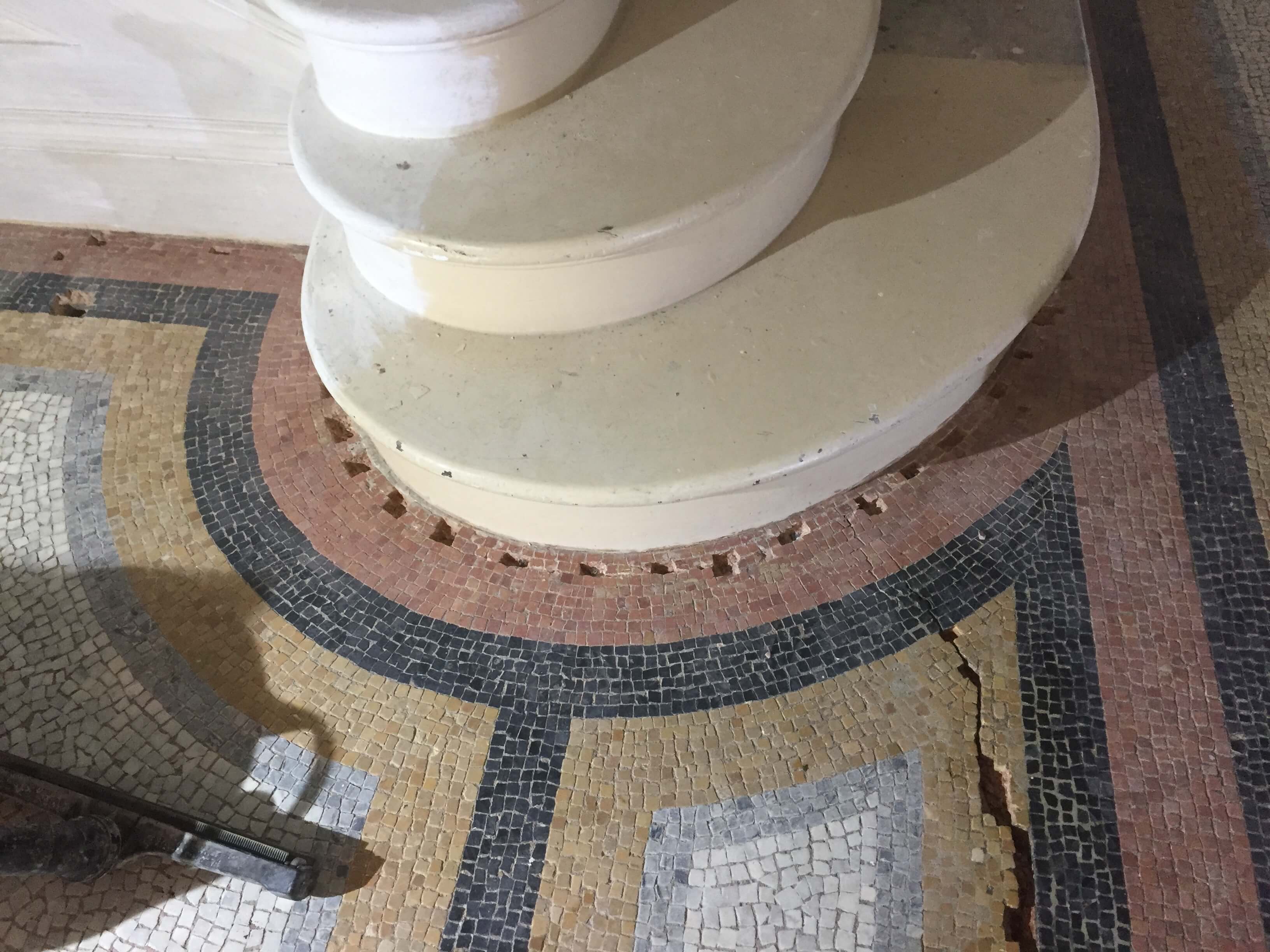 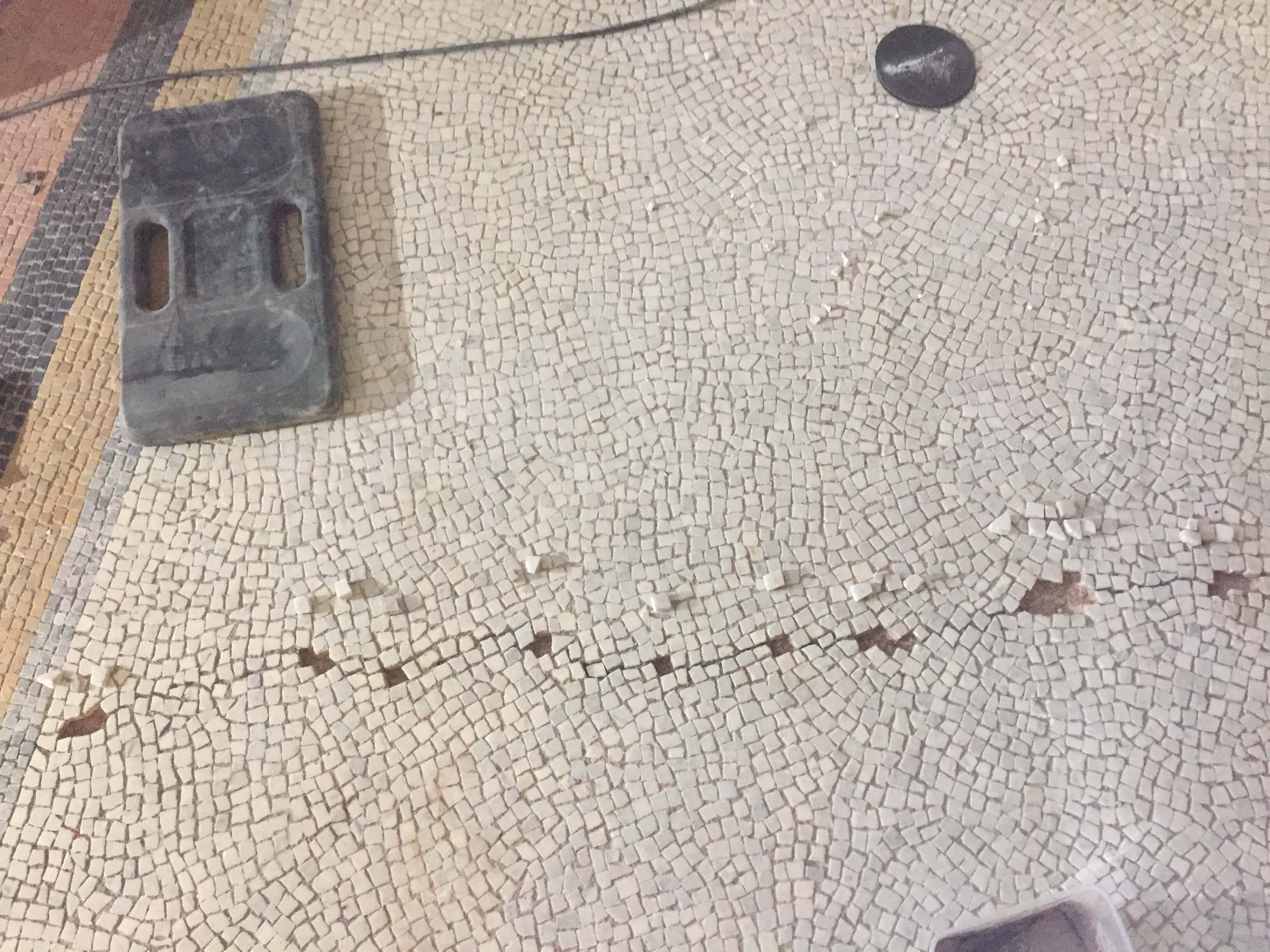 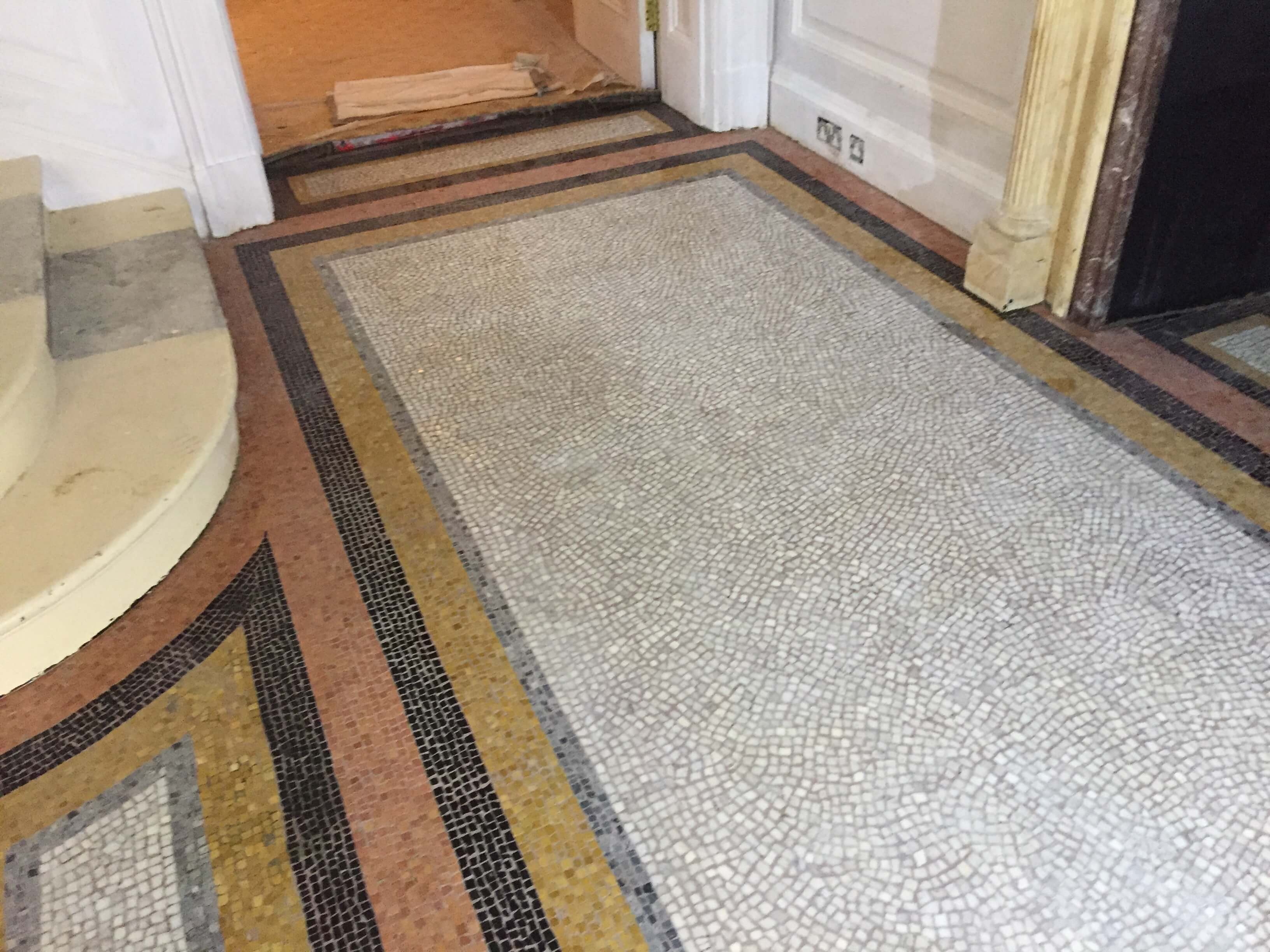 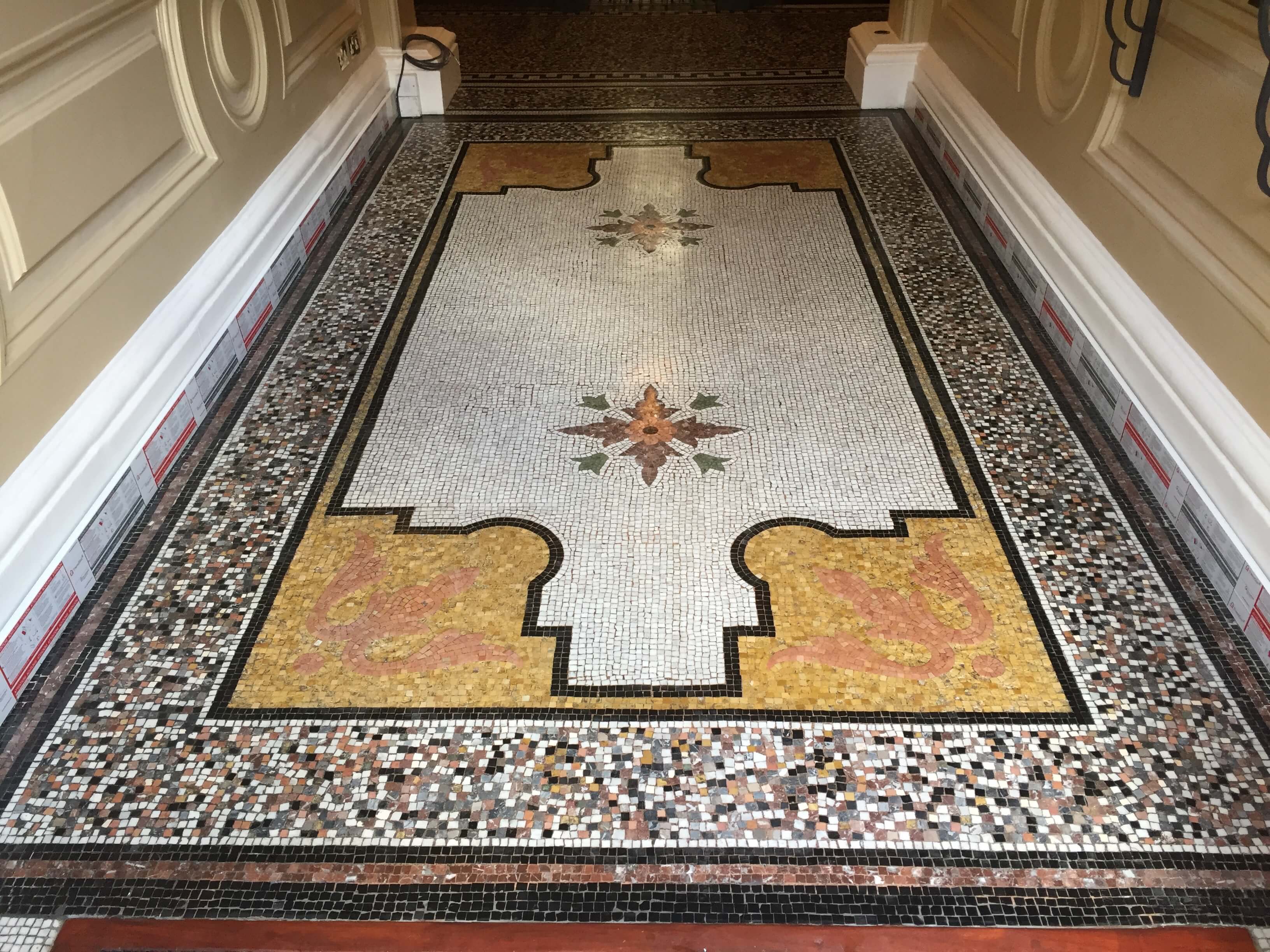