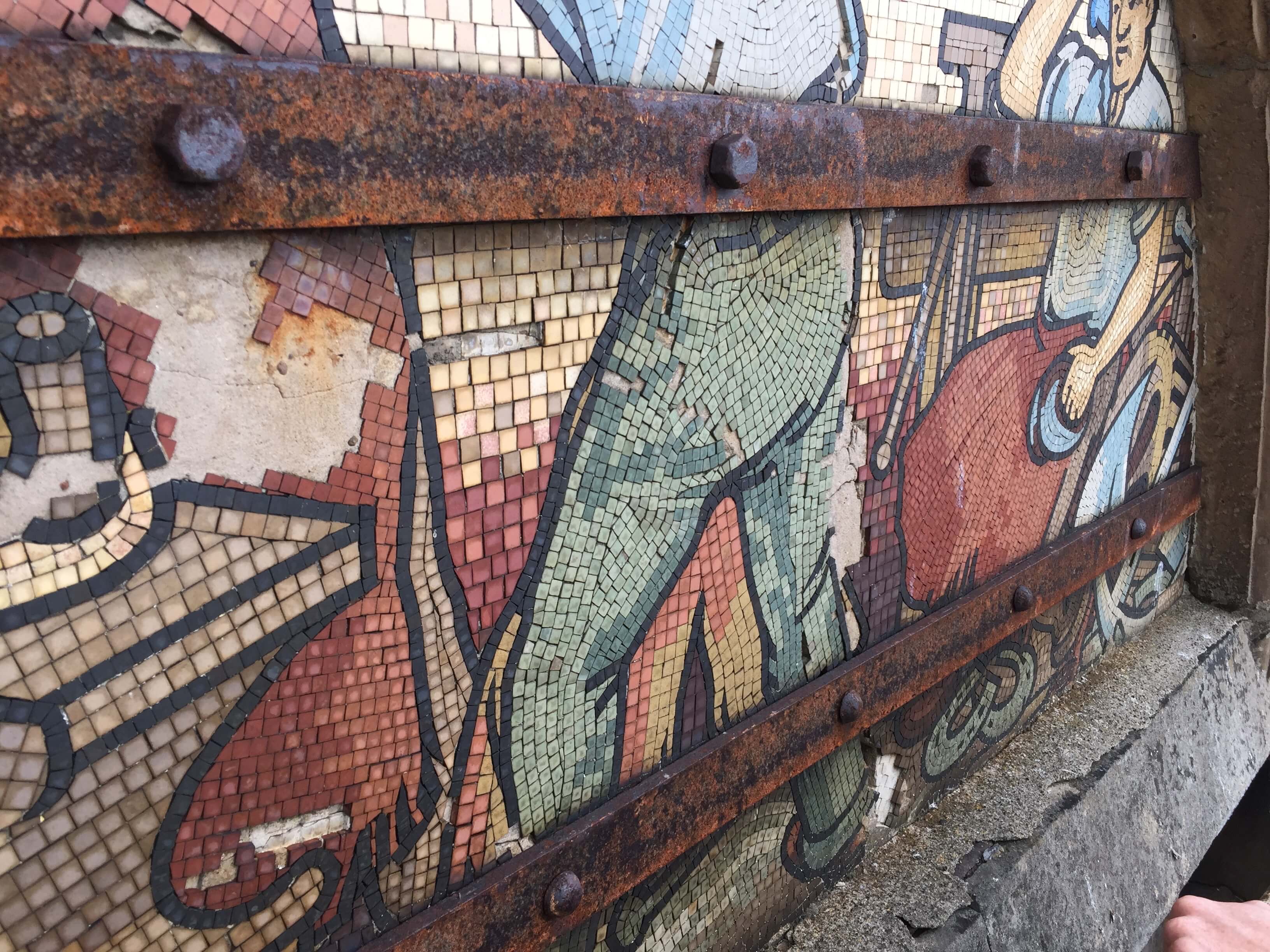 This large complicated project involves the reconstruction of one missing mural, removal and reinstatement of two murals and the restoration of the remaining fourth. Project due for completion late Summer 2019.

We are currently working on the reconstruction of a missing mural measuring approximately 3.5m x 1.5m. Working from a very old photograph obtained by the Architect, we used computer software to enhance the image, an illustrator to interpret elements of the design, which we then adapted based on the ‘tool makers’ trade and adjacent original murals.

The new mural took 3 months to fabricate and a further 2 months to reconstruct the badly damaged panel. The project was completed in early 2019. We were later awarded an additional contact for a mosaic text found by the Main Contractor during the project. 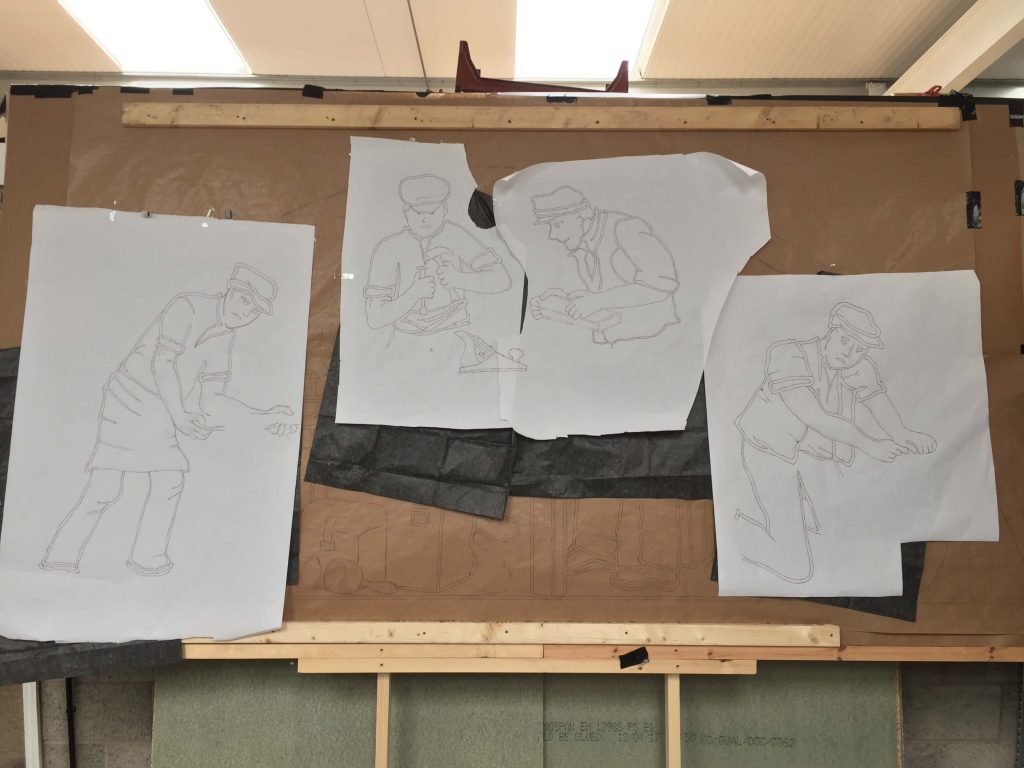 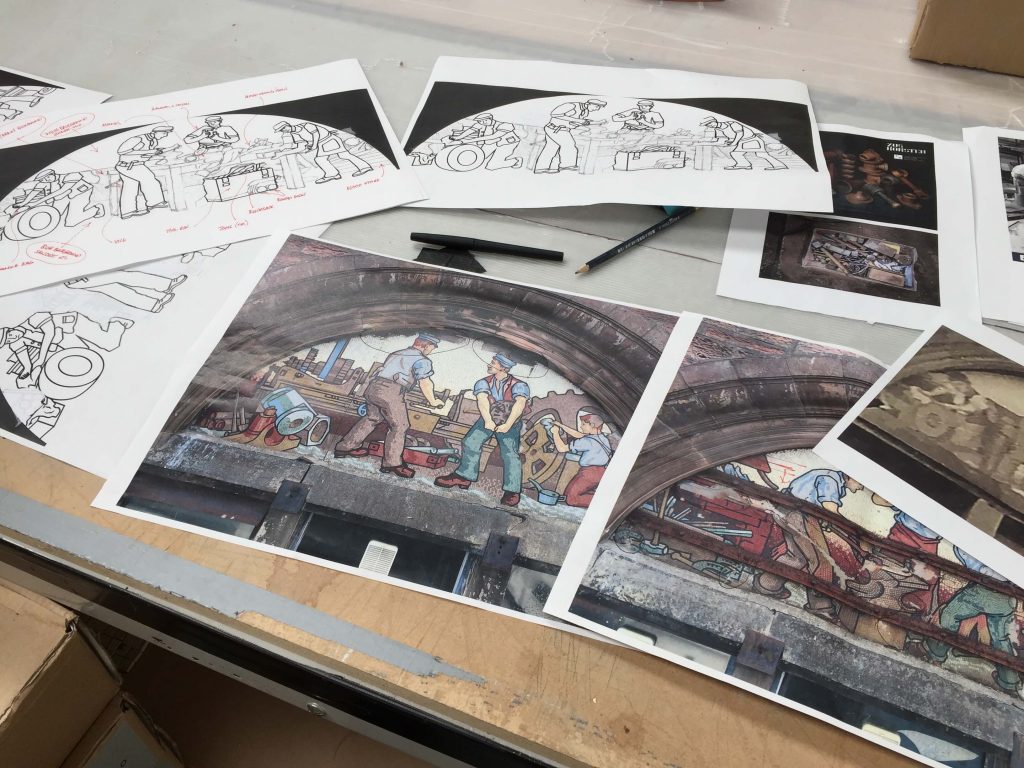 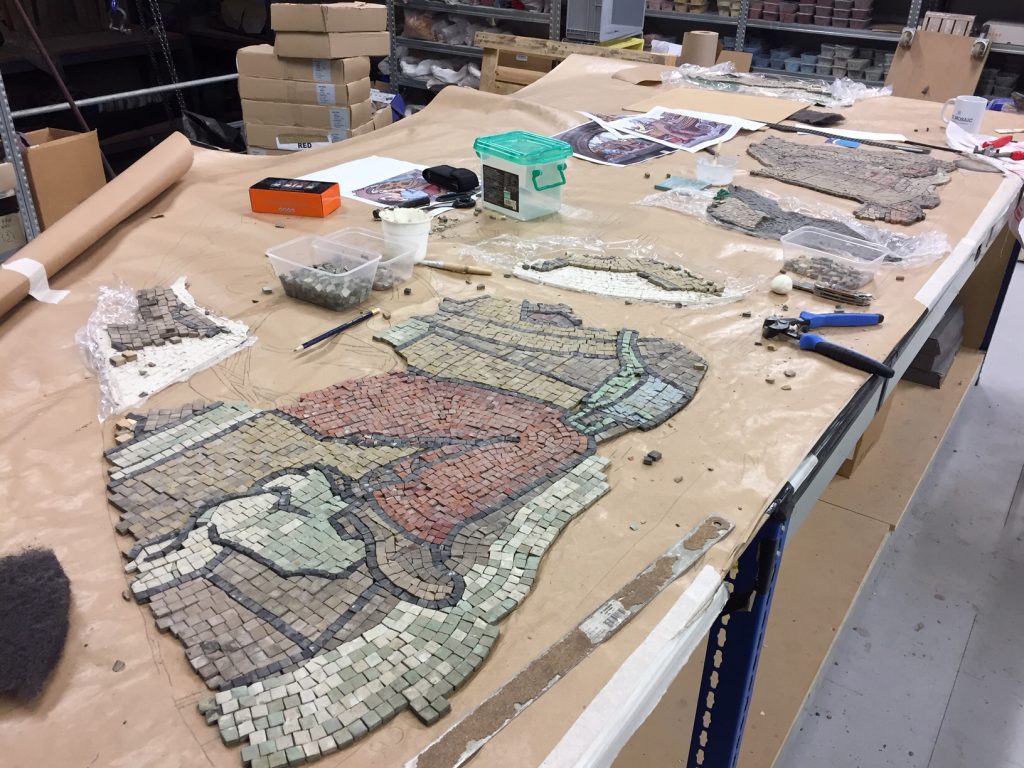 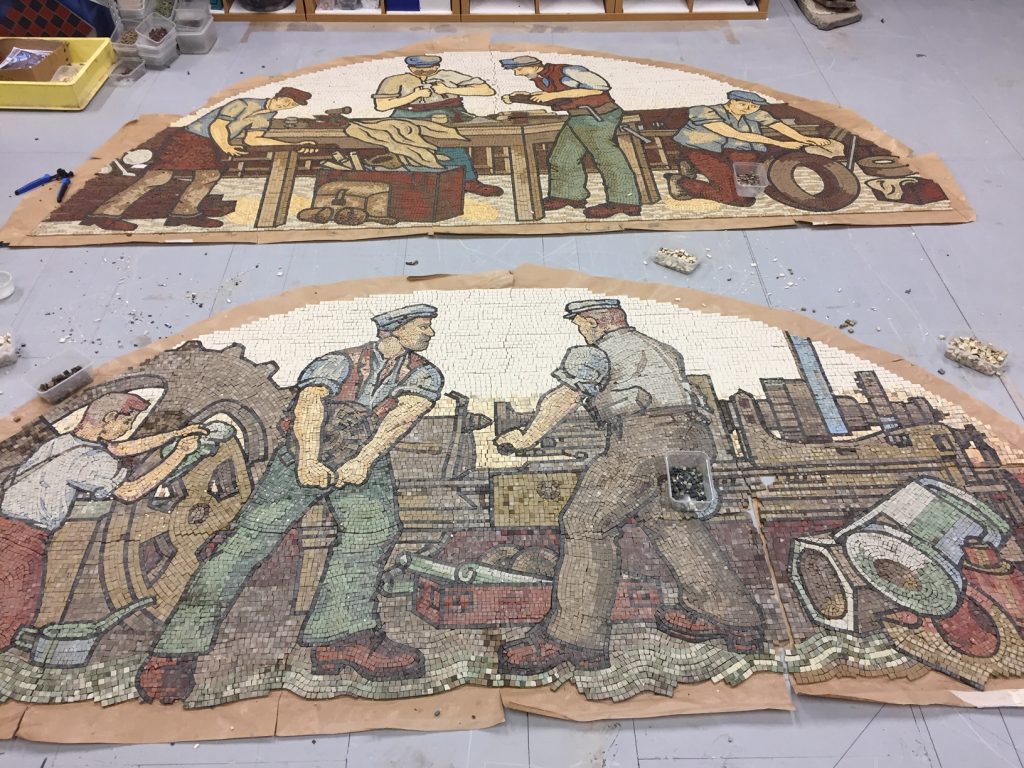 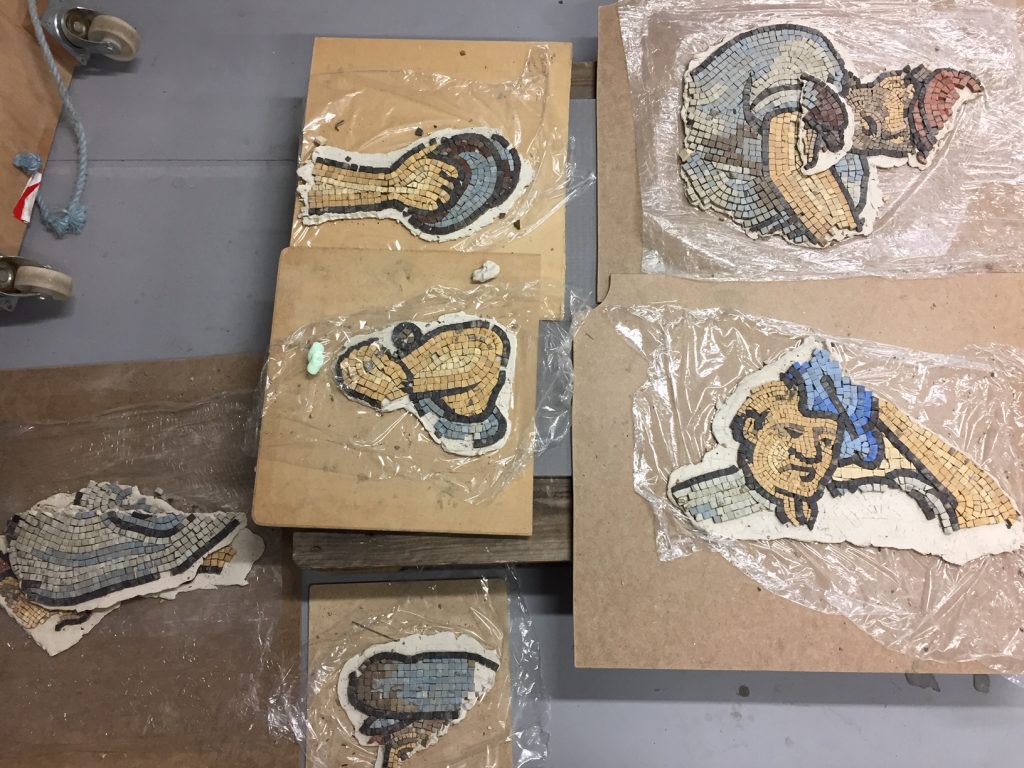